Beyond Ethnic Bias: An Exegetico-Hermeneutical Study of John 12:20-22

Ethnicism is a problem that is as old as the history of humanity. It is believed by many that God created the world but even at the point of creation, boundaries were set. Different cultural settings, languages and skin colours demonstrate this demarcation. It is because of these noticeable disparities that people talk of migration. Relocation to another city or country outside one’s nativity makes the person a stranger. Thus, from pre-modern Homo Erectus who first migrated from Africa over the Levantine Corridor and Horn of Africa to Eurasia to Homo Antecessor, Neanderthals and till the contemporary times, human beings are yet to see themselves as one. There is always a great divide, racial discrimination, migration laws, and survival of the fittest mentality. Unfortunately, the bible especially the Old Testament does seem to give credence to the reality of this evil. The wars recorded in the bible are all because of ethnic bias. In some New Testament texts, the story is not very different. This paper settles to open the mind of the readers to Jesus’ exemplary attitude. He sees and preaches the brotherhood of all without limitation. The paper after touching the tip of the iceberg on some supportive New Testament texts, uses exegetical tool to argue that Jesus not only did not approve of racism but sees his glory as realized in the salvation of all as children of God. The paper advocates that humanity will be better if we see ourselves as one just as Christ did.

This work is licensed under a Creative Commons Attribution-NonCommercial-ShareAlike 4.0 International License.

Most read articles by the same author(s)

Publisher: Multimeans Media International in collaboration with a small group of humanities researchers 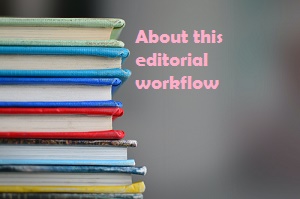